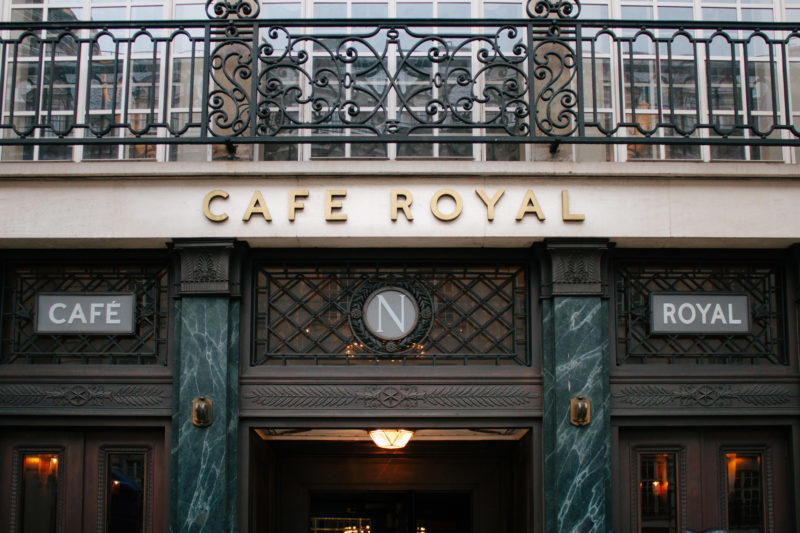 Creating signage for one of London’s most glamorous hotels

The Hotel Café Royal is a five-star hotel just off Piccadilly Circus, the heart of London’s shopping and cultural district. It is set one of London’s most prestigious buildings, the seven-storey neoclassical stone-facade Grade II southern Quadrant block on Regent Street.

The Hotel Café Royal has a rich history. Established in 1863 by French grape merchant Daniel Nicholas, Café Royal quickly became one of London’s most popular destinations, known for its remarkable French style. It attracted everyone from Royalty to the city’s most fashionable through its doors. Beloved by poets and politicians, Hollywood stars and sportsmen, it was frequented by iconic figures like Winston Churchill, Oscar Wilde, Elizabeth Taylor and Muhammad Ali. Prominent personalities continue to host important events at the hotel, including Kanye West, Frank Ocean, Kate Moss and Naomi Campbell.

Adding the finishing touches to a £200 million refurbishment

In 2012, Hotel Café Royal’s Grade-II listed building was given a £200 million refurbishment by noted architect David Chipperfield Architects in 2012, who reinvented it’s classic style. As a part of this show stopping overhaul, JFK were invited to create its signage. As it was such a high-profile, and high investment refurbishment, we were briefed to work closely with Cafe Royal’s design partners to ensure that the signage was completely inline with the refurbishment’s vision.

As such we created a series of art-deco inspired built-up brass lettering signs that beautifully complimented the hotel’s early twentieth century style.