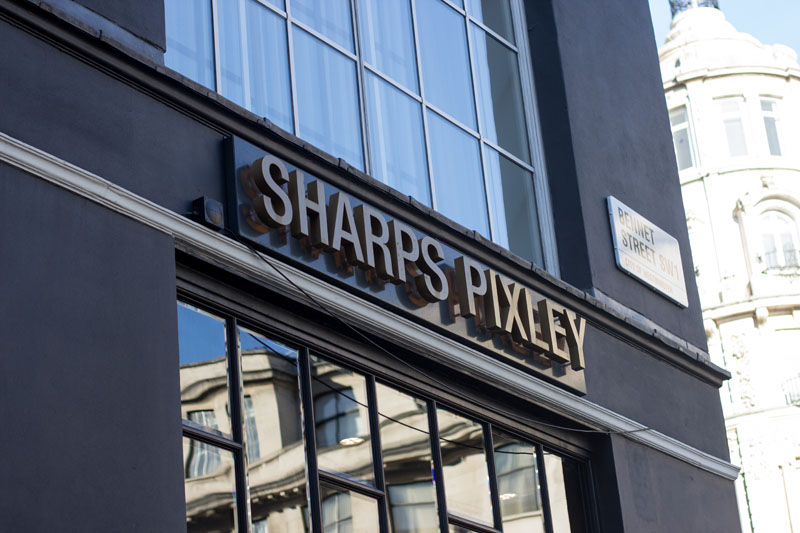 Sharps Pixley are a London-based bullion brokers who retail physical precious metal coins and bars. Dating back to 1778, the Sharps Pixley name expired in 1995. However, revived in 2010 following the purchase of the company name and the trade mark by the former owner, Deutsche Bank, Sharps Pixley is back.

Upon launch, Sharps Pixley contacted JFK signs to create its flagship store’s fascia signage. As this was their first shop launch in a prestigious location, as well as the fact that the opening would generate a lot of press coverage, the brief was to create some signage that was high quality and ensured that they reflected the values of trustworthiness a money company should communicate.

In light of this we worked with Sharp’s Pixley’s branding agency to create a series of built up patinated brass lettered signs for their shop front.