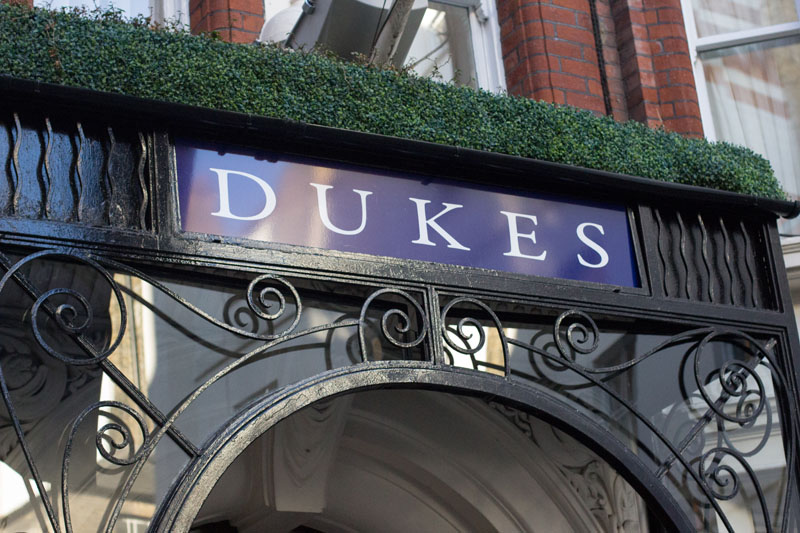 It is owned and operated by a world-leading luxury property developer, Seven Tides International. Established in 2004, Seven Tides has developed a portfolio of commercial, residential and resort properties in many of the world’s most desirable locations.

In summer 2018, Dukes London underwent a multi-million-pound refurbishment – all of its 90 rooms and public areas were given a total revamp, as well as creating an additional 22 individually designed deluxe rooms by DesignLSM, a UK-based hospitality design consultancy.

To add the finishing touches, Dukes London’s management team briefed us to create the hotel’s main fascia signage. As this would be the first thing their customers would see, Dukes specified that the signage must be premium, and reflect the extensive refurbishment the hotel had just undergone.

In light of this, we worked closely with both Dukes’ management team to create for them quality signage that suits its style, specifically a traditional, hand painted exterior sign and quality-woven flag sign.