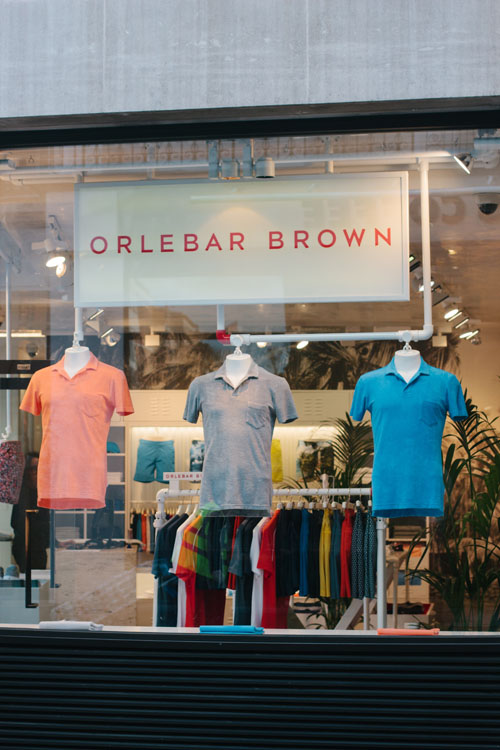 Orlebar Brown is a British clothing brand specialising in tailored men’s swimming shorts. The company was launched in 2007 by Adam Brown after identifying a gap in the market for smart men’s swimwear.

Initially specialising in swimwear, after receiving an £8 million investment from private equity firm Piper in 2013, the brand expanded their clothing range to casual wear. In turn, this expansion was bolstered after being acquired by Chanel in late 2018.

Starting as online only, Orlebar Brown now has 25 international stores and has been worn by celebrities including Jay-Z, Michael Fassbender, Leonardo DiCaprio, Hugh Jackman and David Gandy.

In 2012, Orlebar Brown opened their second store in Sackville Street London’s West End, sitting adjacent to the Royal Academy of Arts, and joining retailers including Burberry, Abercrombie & Fitch, and the proposed Hollister store. Upon launch, JFK were fortunate to be chosen to supply the fascia signage. As this was Orlebar Brown’s new flagship store, the signage needed to be both high quality and high impact.

In light of this, we worked in partnership with their branding agency, Big Fish, to create some beautifully minimal fascia signage, including a white opaque sign sealed in high gloss transparent perspex, and a projecting sign.

We’re proud to have worked with such a game-changing clothing brand thats taken the fashion industry by storm.