Fascia Signage for The Grosvenor Hotel 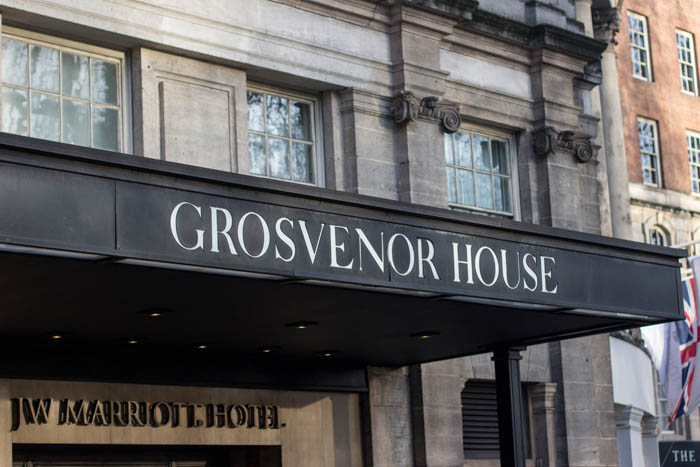 Creating the fascia signage for a landmark London hotel

Grosvenor House is a landmark 5 star hotel located in Mayfair, London. Opened in 1929, this hotel has long been a well known favourite for royalty and celebrities.

As a part of this extensive refurbishment, Grosvenor House contacted JFK to create its new fascia signage; a real honour as its previous signage was some of the most dramatic on London’s streetscape. The brief from Grosvenor House was clear: to create some premiere signage that dramatically welcomes guests, as well as retain the hotel’s classic 1930s art deco feel.

In light of this, we worked closely with Grosvenor House’s design partners, Hirsch Bedner Associates and GA Design, to create some signage that fitted the brief. The result is a spectacular canopy sign with illuminated lettering which really sets a dramatic tone for this iconic hotel. An absolute pleasure to be a part of this considered refurbishment for such an iconic London building.