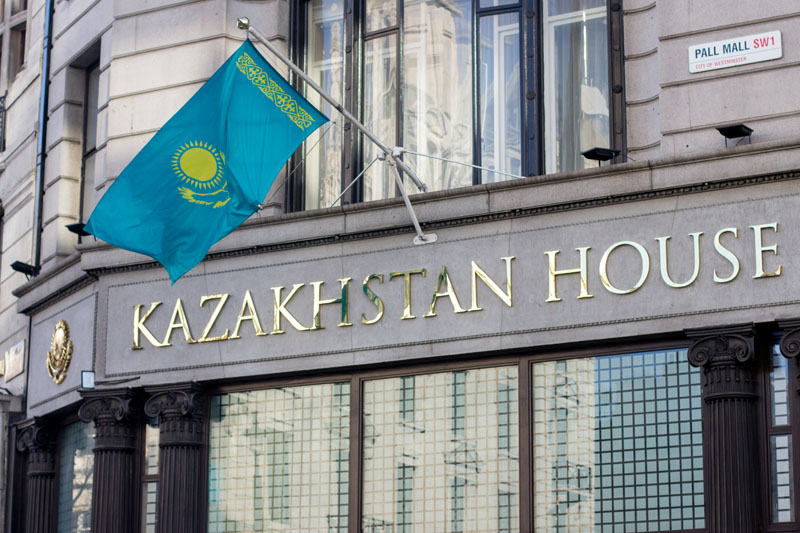 Kazakhstan House is the home of The Embassy of Kazakhstan located in Pall Mall, London. It ensures the protection the rights of its citizens in the UK, develops relations with the UK and helps to implement Kazakhstan’s foreign policy in the UK.

After moving into its new premises in Pall Mall in 2013, in December 2018, the building was officially renamed “Kazakhstan House.” As such, after a vigorous tender process, JFK were invited to produce its new fascia signage. As this was a media moment for the Embassy with a launch event, the brief was to produce some high quality signage that fitted the integrity of an embassy building.

In light of this we worked closely with the embassy in order to produce some signage that fitted the brief. Specifically this was some large built up polished brass lettering and accompanying logo fixed directly onto the building facade.