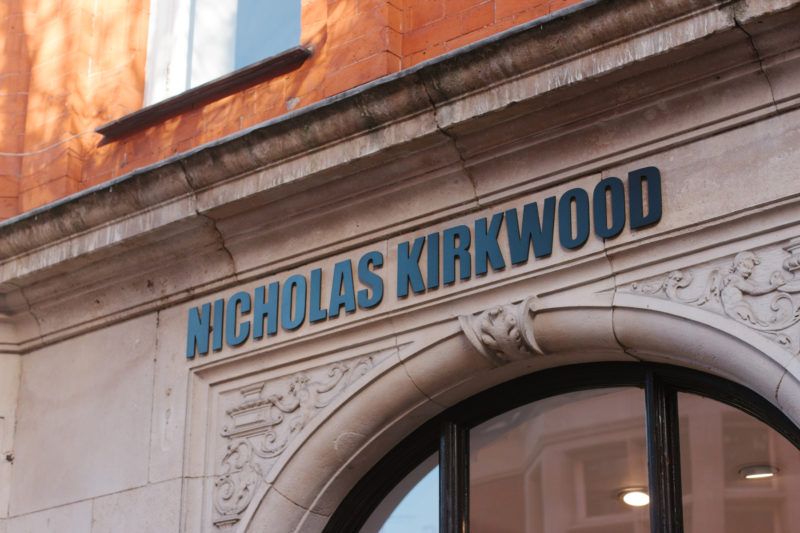 Nicholas Kirkwood is a luxury shoe designer renowned for his sculpted, architectural shoe designs and catwalk collaborations with labels like Rodarte, Erdem, Roksanda Ilincic and Peter Pilotto. His shoes feature in 150 premium retailers across the world and as well as flagship stores in London, New York and Las Vegas.

Famous for using materials such as shaved stingray, laser cut mirrored leather and rubberised suede, the German-born designer has received several industry awards in recognition of his innovative designs including the prestigious Alta Roma/Vogue Italia accessories design award in 2007 and Accessory Designer of the Year at the British Fashion Awards in 2010. In February 2013, Kirkwood was also awarded the BFC/Vogue Designer Fashion Fund, becoming the first accessory designer to win the award since its founding.

To add the finishing touches to this cutting-edge redesign and refurbishment, JFK were fortunate to provide its signage. As this was such a high profile refurbishment for a flagship store, we worked closely with Storey Studio to ensure that his vision was fully realised.  To do this we create a suite of laser-cut matt-finish raised lettered signs in black.