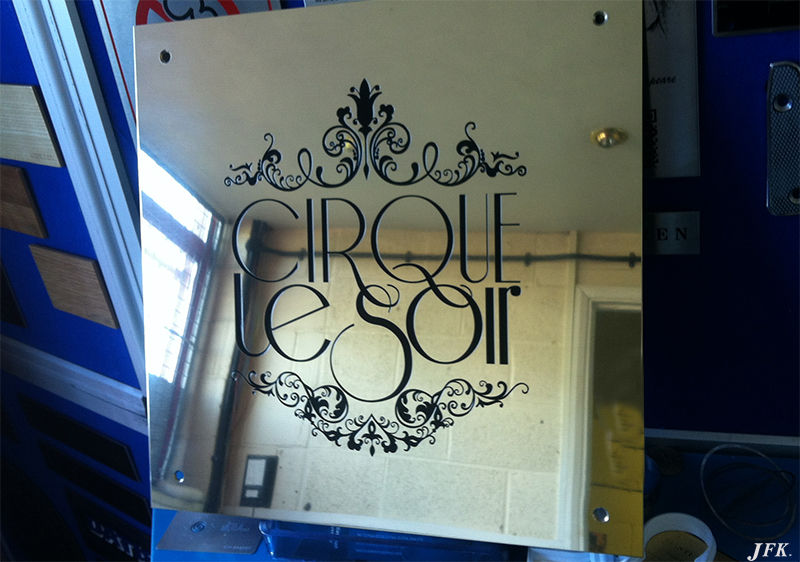 Cirque le Soir is a world-famous and internationally successful nightclub concept based on dark burlesque theme.

Opened in 2009, Cirque Le Soir has established itself as an award-winning, original and progressive, and is currently recognised as to be one of the most thrilling clubbing brands in the world.

Although each event is always original, Cirque Le Soir prepare its guests to “expect an unparalleled nightclub experience with a mix of fire eaters, aerial performers, burlesque performers, outrageous circus acts plus many more.”

Cirque le Soir London’s success has given rise to its export in some of the coolest clubs around the world including New York, Dubai, Paris, and Shanghai.

Cirque Le Soir recently contacted JFK in order to create some internal signage for their nightclub. As it is an exclusive nightclub with premium interior, Cirque Le Soir’s management team stipulated that this wayfinding signage needed to match in quality and style.

In light of this, we worked closely with their team to produce a series of intricate reverse-etched brass plaques in light with Cirque Le Soir’s branding.