Illuminated fascia signage for The Lampery 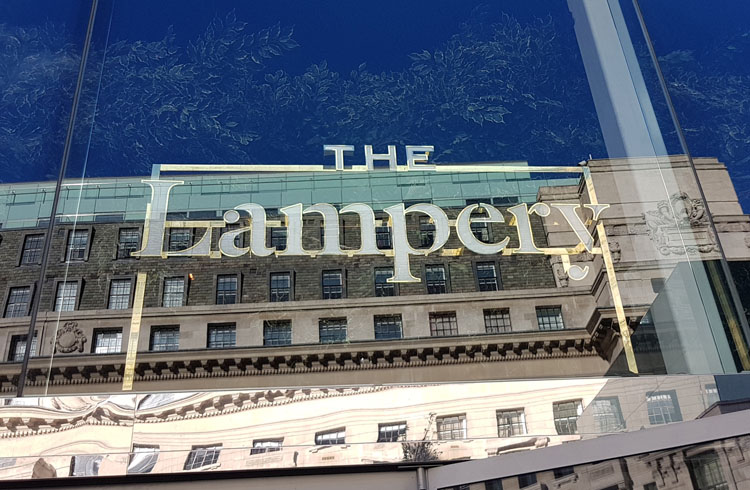 The Lampery is an upmarket restaurant and cocktail bar housed at the four star Apex City of London Hotel in London’s historic quarter of Tower Hill.

Located on Seething Lane, where Samuel Pepys once lived, the restaurant serves quality British food inspired by the most celebrated diarist. The restaurant takes its name from one of Pepys’ favourite dishes: lampery pye, which he described in his diaries as a “most rare” delicacy.

Launched in late 2017 after a full refurbishment of Apex City of London’s hotel ground floor, the Lampery contacted JFK to create the restaurants signage, including its fascia. As this is an upmarket hotel in historical district, the brief was to ensure a high quality, stand out signage which was in keeping with its luxurious interior and the historical street.

In light of this, we worked in close partnership with The Lampery’s branding agency, Hue & Cry, to produce a suite of signage that fitted its quintessentially British branding. Specifically, this included a bespoke crafted fascia sign in polished brass gold rimmed 3D illuminated lettering on a brass frame, as well as built up brass lettering detailed throughout the restaurant.